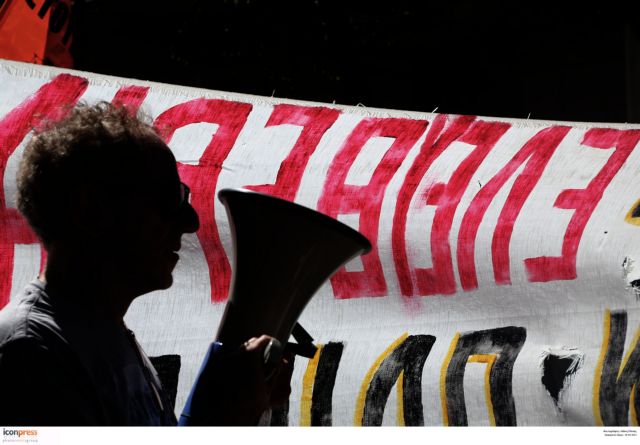 A rally will take place this morning at 10.30 am at Klafthmonos Square and tomorrow, on Wednesday, ADEDY has organized an antifascist march at Syntagma Square at 6pm. The Metro station in Syntagma will be closed from 10.30am.

GSEE’s executive committee convened on Monday and announced that they will not participate in the strike, since no faction made any proposal.

The federation of tax office employees POE DOY has announced that it will participate in ADEDY’s strike, which will create problems for taxpayers needing tax services.

Hospitals, health centers and EKAV welfare units will operate with security personnel, as public hospital worker federation POEDIN will participate in the 48-hour strike and called employees to gather outside the Ministry of Health at 9.30am.

Likewise, most of the navigation services in the country’s ports will operate with security personnel, as the union of navigators joins the 48-hour strike. The nationwide federation of journalist unions POESY called for all media outlets to participate in a 3-hour walk out, between 10am and 1pm on Tuesday.

ADEDY’s executive committee will convene again on Thursday with the leaders of its unions in order to determine the future course of their strike.