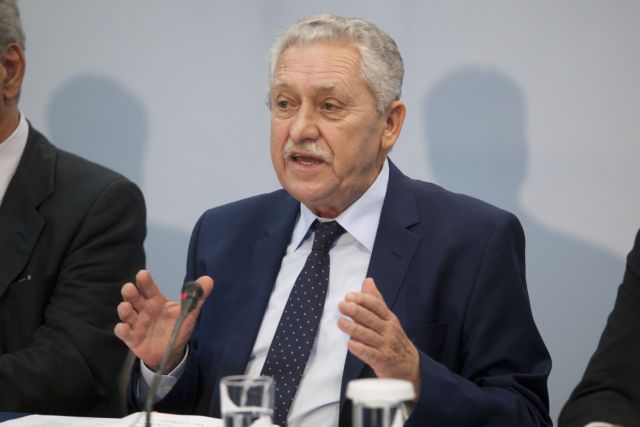 DIMAR leader Fotis Kouvelis called for the democratic parties to form a united front to defend peace and democracy from “the neo-Nazi murderers”, in reference to the murder of an anti-fascist in Keratsini by a self-confessed Golden Dawn member.

Mr. Kouvelis explained that “last night’s death of a young antifascist in Keratsini and the brutal attack against KKE members in Perama are dangerously fueling the circle of blood in the country and threatens Democracy and peace. Democracy must defend itself. The times cannot wait”.

The DIMAR leader also added that “all democratic parties must agree to form a front to defend peace and Democracy from against the neo-Nazi murderers. No political difference and antithesis must stand in the way of uniting against absolute evil. Fascism cannot prevail”.