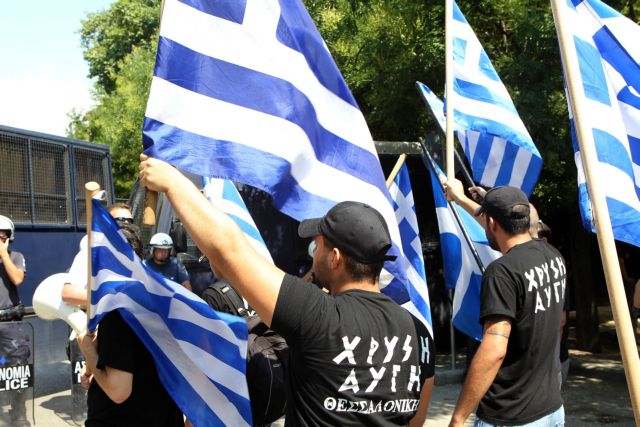 The recent bullying by Golden Dawn in Meligala and Giannitsa over the weekend, have prompted PASOK and New Democracy MPs to demand the intervention of a prosecutor.

The events prompted the District Commissioner of Peloponnesus Petros Tatoulis to request that Golden Dawn be banned, while PASOK requested from the President of Parliament to inform the Supreme Court prosecutor of Golden Dawn’s illegal actions.

For man years, particularly since the 1980s, far-right and right-wing parties have clashed over who was in charge of the memorial events taking place in Meligala and this year was no different. The conflict is mostly about who will take the top spot in the civil war memorials.

Golden Dawn’s recent theatrical memorial event at Thermopylae, with the lit torches, uniform black t-shirts (which generates a healthy profit for the party) and the roll call for the dead from antiquity, simply illustrates that for Mr. Michaloliakos and his gang, “style” comes before substance.