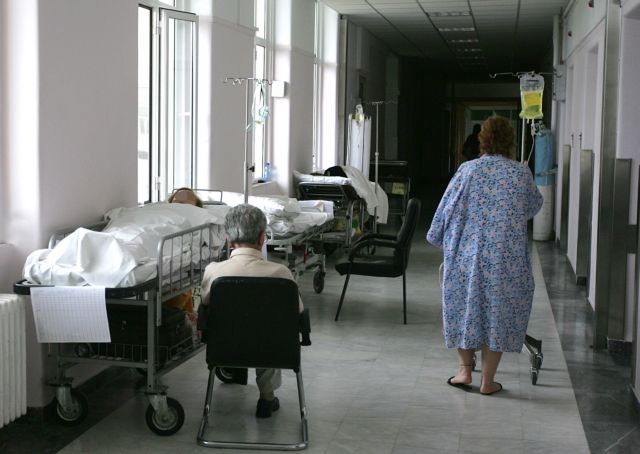 The Ministry of Health’s restructure plan for the country’s hospitals has resulted in the closure and merger of smaller hospitals, while the larger ones are getting busier and busier. This turn of events has seen the return of cots in corridors, in order to cope with the sharp rise of patient admissions.

According to a report by Eletherotypia, the situation at the psychiatric clinic of the “Evangelismos” hospital on Monday where mental health patients were allocated to cots in the corridors is indicative of the dramatic situation. The department has only 20 available beds, but has 46 patients.

The situation is not exclusive at the “Evangelismos” and is quickly becoming the norm at other hospitals, such as the “Attikon”, in the western suburbs of Athens.

The president of hospital doctor union OENGE Dimitris Varnavas confirmed that “the cots are Mr. Georgiadis’ ‘success story’. He evacuates hospitals creating the delusion that he will improve healthcare, but the cots woefully disprove him”.