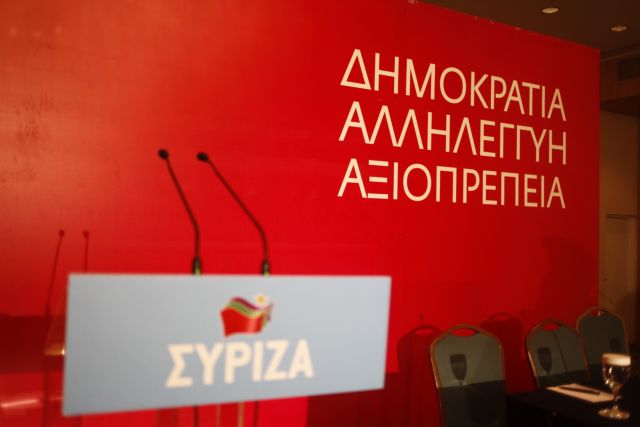 SYRIZA accused the government of making a fool of itself in its effort to project a strong image in its negotiations with the troika over the recent defense industry issues.

The opposition leaders also commented on the recent two-day PASOK symposium, which confirmed that “what remains of PASOK is the most faithful branch of New Democracy”.

SYRIZA castigated the government for “following a strategy of absolute subservience to the troika an d accepting whatever the troika decides, such as mass layoffs, settling debts, auctioning primary residences, abolishing special tax on fuel” and suggested that “the government pretends to resist” for domestic consumption.

SYRIZA maintains that the planned downsizing of the country’s defense industries is “a first-class productive, financial, social and national scandal”. To that end, the opposition has suggested establishing a public body to oversee the reform of defense industries.

The reforms would focus on upgrading production based on accumulated technical expertise and specialized staff, as well as cooperating with other relevant industries. This would allow the country to be self-sufficient regarding defense needs and could even help create new jobs.