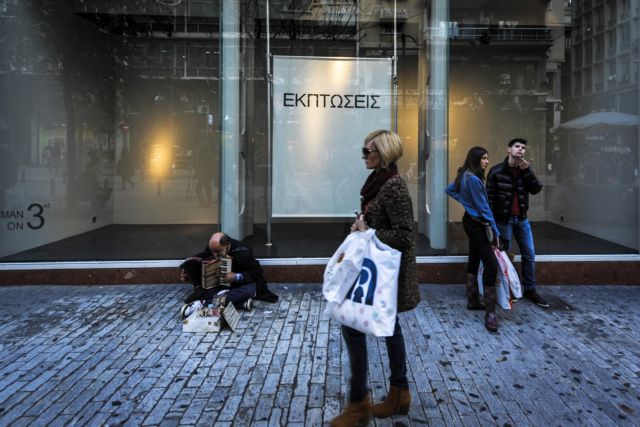 The president of the National Confederation of Greek Commerce (ESEE) Mr. Korkidis announced a proposal for a 13% wage cut, affecting about 500,000 working in retail. The ‘pre-emptive’ proposal is to reduce the entry-level wage from 863 to 751 euros, matching the general collective labor agreement before the bail-out mandated 22%-32% cuts.

Mr. Korkidis explained in the Imerisia newspaper that the dire market conditions necessitate further wages cuts. As the current collective labor agreements expire on the 31st of October, individual contracts will be introduced in retails, which could entail greater wage cuts.

The General Confederation of Professionals, Craftsmen and Merchants (GSEVEE) will also seek out a similar “logical wage cut” with the Private Sector Employee Federation, according to its president Mr. Kavvathas.

The employee federation has responded that “it is not possible to make such a proposal without any dialogue” and warned that further wage cuts will lead to further recession and bankruptcies. The Federation also claims that Mr. Korkidis had initially promised to initiate dialog between employers and employees after the collective labor agreement expires in October.