Tsipras: “We have a crippled democracy” 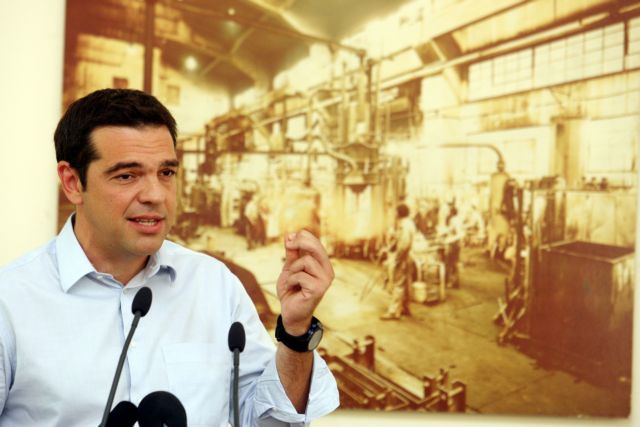 The leader of the Opposition Alexis Tsipras visited the Greek Defense Systems (EAS) facilities yesterday, in celebration of the 39th anniversary of the restoration of democracy and the collapse of the dictatorship.

The president of SYRIZA asserted that he will not accept any dismissals or selling off of assets. Mr. Tsipras however noted that some of the company’s non-production elements could be privatized, under certain conditions.

Mr. Tsipras addressed the company employees in relation to the anniversary and stressed that “we cannot celebrate or be happy, when we realize that after 39 years of struggles and expectations, we found ourselves before a crippled democracy”.

He then added that “after three years of implementing the hard and brutal austerity politics that ware supposed to save the country, it is common knowledge that the barbaric austerity cannot be consistent with democracy, social cohesion, progress, growth or any expectation of overcoming the crisis”.

Mr. Tsipras also presented his plans on restructuring the defense sector, based on the creation of a state-controlled body, updating legislation to comply with European legislation, developing the production capabilities to increase viability as well as increasing initiatives in the research and development area sector.