Celebrations for 39th anniversary of restoration of democracy 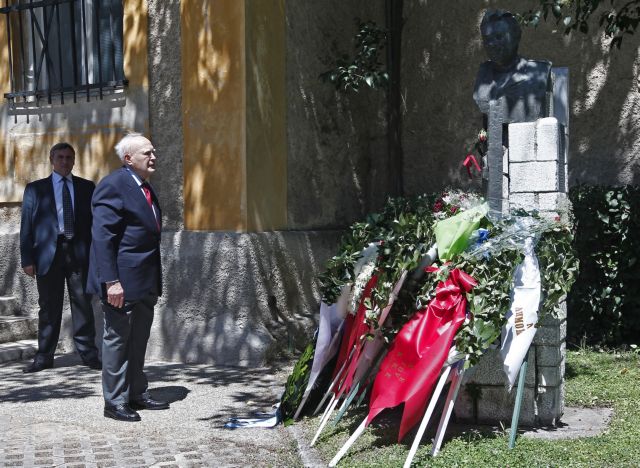 The President of Democracy Karolos Papoulias deposited a wreath in memory of the victims of the 7-year military dictatorship and to honor the 39th anniversary of the restoration of democracy in Greece. Mr. Papoulias spoke of the lessons to be learned and remembered, such as recognizing the value of democracy. The President also referred to the situation in Cyprus, which remains divided.

The political parties commented on the anniversary, with New Democracy asking to “leave behind the pathogens of the past that later developed and dragged our land into the financial and social crisis” and government partners PASOK asking the Greek people to “once again believe in our collective self, to disallow intolerance, absolutism and populism to poison the common national effort”.

Opposition leaders SYRIZA noted the resurgence of “the neo-Nazi far-right” and urged the people to “unite our voices to overthrow the austerity politics, restore democracy to forefront and combine our efforts with the other people in Europe for a just, peaceful, democratic and socialist society”.

ANEL’s announcement focused on current affairs and criticized the government, while adding that “everyone must defend the gift of democracy” and “the struggle for freedom and equality is relevant in the [current] hard times”.

The communist party took the opportunity to attack the government and opposition for supporting the “‘private initiative’ that decides how much and for whom the current democracy operates”. KKE called for the people to rise up for a real democracy to operate in the interests of the people rather than capitalist profit.