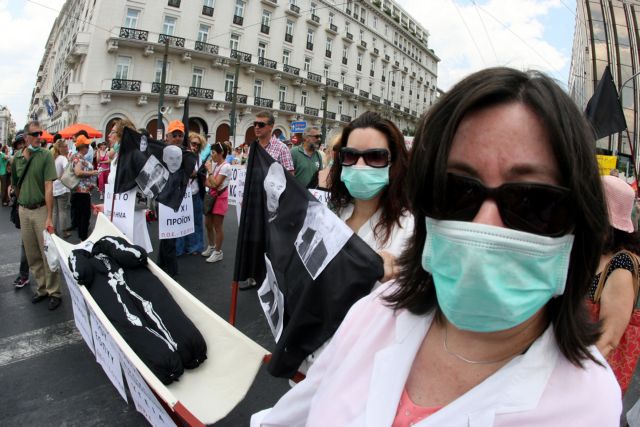 The nationwide federation of public hospital employees POEDIN and the federation of hospital doctor union OENGE have announced a nationwide 24-hour strike on Wednesday the 24th of July and demonstration outside the Ministry of Health at 11am.

The federations explained that the strike and demonstration are in response to the upcoming suspension of hospital staff and closure of hospital, health centers and departments.

The Minister of Health Adonis Georgiadis was interviewed by Ant1 TV and urged doctors and hospital staff against the strike, noting that “they will only hassle people without any reason”. The Minister also claimed that no hospital would shut down and no hospital employee will be dismissed.

Mr. Georgiadis also clarified his intention to revisit the “Attiko” hospital, despite his alleged altercation with employees. He also reported that he had a meeting with hospital employee union earlier on Monday.