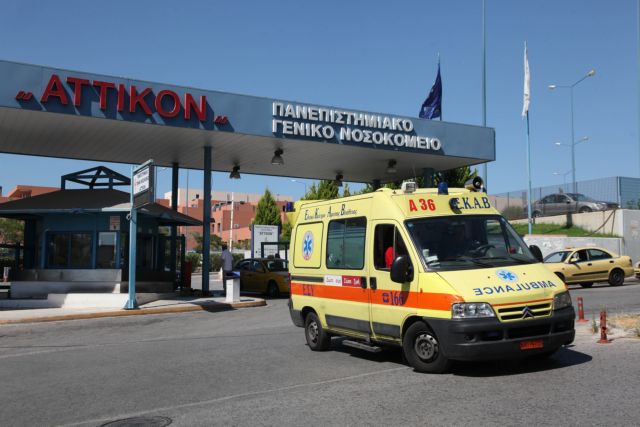 The Minister of Health Adonis Georgiadis visited the “Attikon” University General Hospital today, as part of the visits he has planned with the president of the Central Council of Health (KESY) Panagiotis Skandalakis to discuss the issues of each hospital.

Mr. Georgiadis claims that various leftist employee unions had been issuing warnings against the visit. The Police suggested that the Minister use the side entrance to avoid trouble, however Mr. Georgiadis decided to use the main entrance.

The Minister claims that he tried to talk to the protesters outside, amongst whom he alleges were individuals from a particular party who did not work at the hospital. At that point some of the protests launched items such as cups of coffee at the Minister, causing the riot police to intervene.