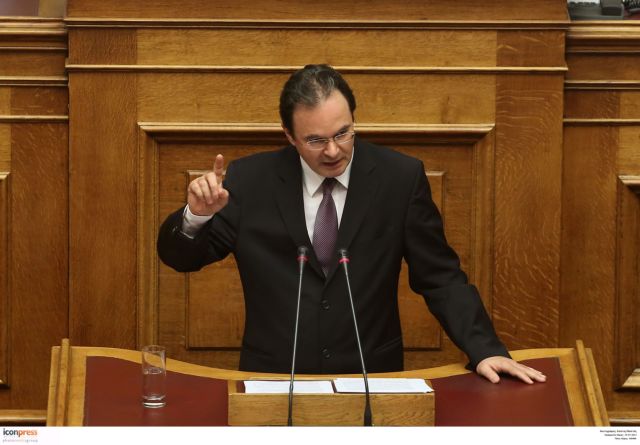 Former Minister of Finances Giorgos Papakonstantinou will face a Special Court, after the Parliamentary Assembly decided to indict him for fraud and misconduct relating to the controversial “Lagarde list”. Of the 283 votes there were 269 valid, 9 spoilt and 5 white votes.

In his final speech in Parliament, the former Minister claimed that the decision to indict him had been decided to serve political purposes and was based on fabricated findings. Mr. Papakonstantinou referred to the indictment of Andreas Papandreou in 1989 when he stated that “history repeats itself 25 years later but as a farce”.

Mr. Papakonstantinou denied all charges and claimed that he was a scape goat, while the “real, huge scandals that have cost the country billions, from which politicians became wealthy” remain untouched. He also asserted that the Parliamentary Committee that examined him was prejudiced against him “acting as prosecutors in a perfectly flawed, biased and procedurally void process”.

The former Minister turned on PASOK president Evangelos Venizelos “who along with [former head of SDOE] Mr. Diotis literally buried evidence for all this time and is being awarded by becoming the Government’s Vice President and Minister of Foreign Affairs”. Mr. Papakonstatntinou professed that he was being targeted “for being the Minister of Finances who put the country in the bail out deal”.