General strike on 16th of June 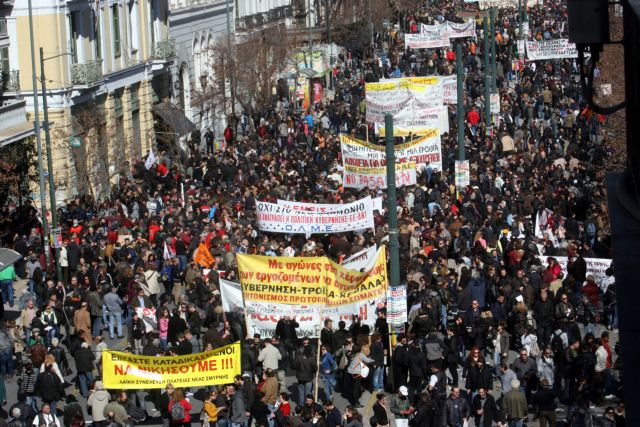 In response to the new draft bill submitted for discussion in Parliament, the country’s largest worker unions GSEE and ADEDY announced a 24-hour general strike for the Tuesday the 16th of June, with a demonstration to take place at Klafthmonos Square at 11:30.

On Thursday the 11th of June GSEE will participate in the demonstration organized by POEM with the employee unions of EAS, EAV, ELVO and the Skaramanga Shipyards at Klafthmonos Square.

In their announcement the unions explained that “the new government interventions in work relations, the suspensions, mobility and ultimate dismissals, the rampant unemployment, the constant civil mobilizations, the new taxes that are being included in the new tax system, the closure of private sector businesses, the new mechanism of subverting collective negotiations and everything that has lead employees to destitution and has deprived them of their basic democratic rights cannot and will not remain unopposed”.