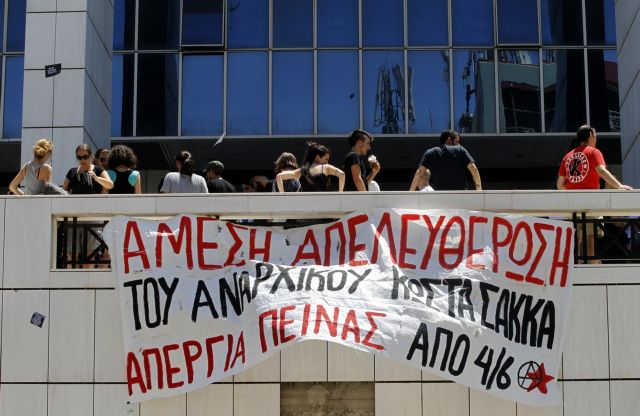 The Appeal Council has decided to postpone its decision on the application for release of Kostas Sakkas, who has been detained unlawfully for 31 months and has been on a hunger strike since the 4th June.

Dozens of academics, artists, legal practitioners, journalists, doctors, teachers, pensioners and former inmates have expressed their solidarity and announced that they will also go on a hunger strike if Sakkas is not released by Monday.

The group stated the even though they disagree completely with K. Sakkas’ anarchist ideology “the extension of his detention beyond the 18-month limit provided by the penal procedure shames democracy and all of us. The state agents who violate the legal (and therefore, human) rights of Kostas Sakkas are harming democracy more than the actions for which he is accused of”.

SYRIZA EMP Nikos Hountis brought up the issue in the European Commission and requested that it intervene for the immediate release of Sakkas.