Two men arrested for Koropi arson, one for Viotia fire 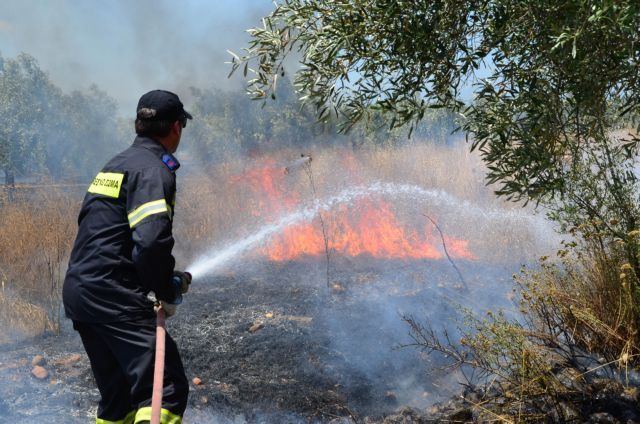 A 76-year-old man was arrested on Monday for arson by negligence, which resulted in a forest fire in Dilesi of Viotia. The suspect was later taken to the Presecutor in Athens to testify.

The 44-year-old bakery and grill-house owner and his 21-year-old Pakistani employee were arrested for arson with intent, for a fire that broke out on Saturday at the Agios Georgios forest area in Koropi. The 21-year-old faces a 37-month prison sentence and 4,500 euro fine, while the bakery owner a suspended six-month imprisonment sentence.

According to the police report, the employee rode a bike given to him by the bakery owner to the forest. It is not yet determined how, but the motorcycle burst into flames. The employee took the license plate and returned to work. Meanwhile, the fire spread but was extinguished before it could grow out of control.

ADAE: An electronic archive will record all surveillance, as major rule of law issues arise
Ακολουθήστε