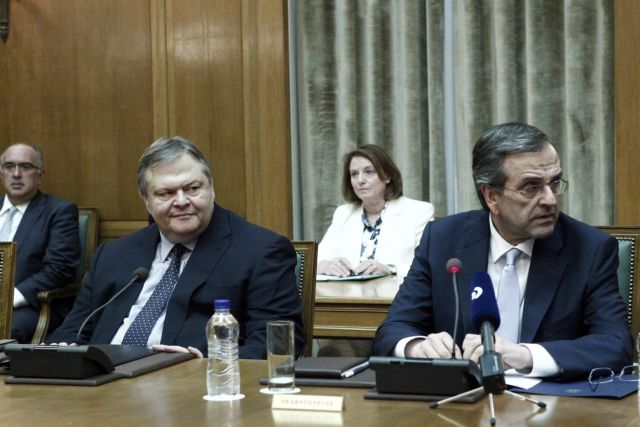 The new ministerial cabinet convened for the first time today under the Prime Minister Antonis Samaras. The Prime Minister took the opportunity to appoint specific goals to his ministers and detail his vision for the new government.

Mr. Samaras explained that his intention is to complete his four-year term and that stability and coordination are essential for the necessary reforms. The PM stated that “everyone can maintain their ideas, but what is important now is saving the country”.

The Prime Minister outlined the new government’s priorities, which are to encourage the recover by creating new jobs, to rectify the injustices of the past few years and to initiate grand changes in Greece.

The government’s immediate goals are to complete negotiations with the troika over the 8.1 billion euro loan installment, preparing for the Greek presidency of the EU for the first half of 2014 and to achieve a primary surplus.

Paramount to these goals will be progress in combating unemployment, attracting investments, avoiding new measures, creating new jobs and increasing the geopolitical standing of Greece.

Regarding the unprecedented cooperation with PASOK, Mr. Samaras noted that the “common goal is close cooperation and better planning” and that “the common foe is stagnation and the risk of lawlessness”.

The new government vice president and PASOK leader Evangelos Venizelos stated his agreement “with everything the Prime Minister said” and set four goals for the new government: to combat unemployment, to encourage growth and to defend social cohesion and the country’s sovereignty.