Ministry of Finances claims “no threat of new measures” 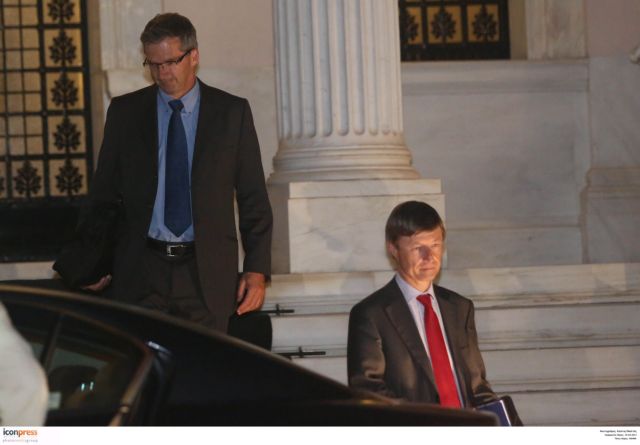 The Ministry of Finances is vehemently denying the threat of new measures, after the troika representatives’ meeting with the Prime Minister Antonis Samaras and Minister of Finances Giannis Stournaras.

The biggest obstacle appears to a significant budgetary gap for 2013/2014, attributed to the dire condition of EOPYY and the insurance funds. EOPYY’s deficit is rumored to be about 2.5 billion euros, of which 1 billion is for 2013. The Ministry of Health claims that is has already suggested alternative measures to the troika representatives, adding that no new measures will be needed.

There is a strong possibility that the troika heads will extend their visit to Athens after Thursday’s Eurogroup meeting in Luxembourg, which they will attend with the Minister of Finances. While in Luxembourg, Mr. Stournaras will also finalize the details for the upcoming visit of his German counterpart Wolfgang Schäuble in Athens.

At yesterday’s meeting with the troika, Mr. Stournaras posed the issue of reducing VAT in food and dismissals, in light of the recent developments with ERT. The two sides also discussed revising the revenue goal of 2.6 billion from privatizations in 2013 and measures for the 2013/2014. The troika representatives reportedly did not react to the developing ERT situation.