GSEE and ADEDY to protest outside ERT 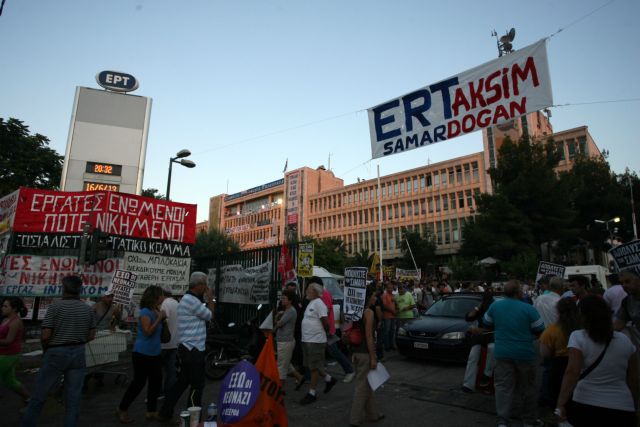 The country’s largest labor unions GSEE and ADEDY have announced their plan to hold a demonstration outside the main ERT facilities in Agia Paraskevi at 6pm on Wednesday.

GSEE issued a press statement demanding the abolition of the legislative act that lead to the closure of ERT. The confederation claims that the controversial act can affect all public sector employees, entities and organizations.

ADEDY’s executive committee also demanded the abolition of the act that “caused the ‘sudden death’ of ERT and the dismissal of 2,700 employees”. ADEDY also called a Thursday meeting of federation representatives, to evaluate recent developments.