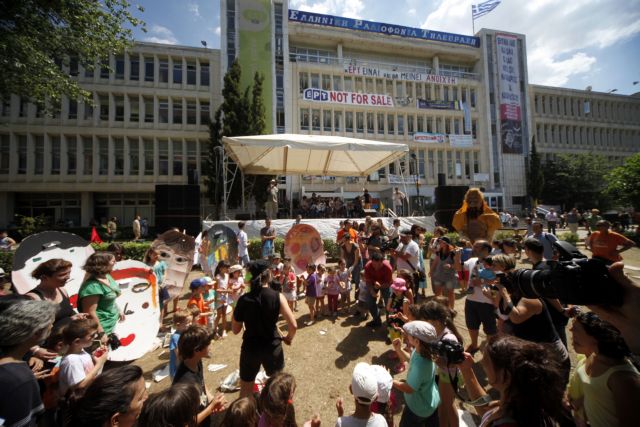 The Council of State has issued a temporary order against the Ministerial Decree that effectively took ERT off the air. The decision also provides that the Minister of Finances and relevant deputy Minister must take all necessary measures to ensure the continued operation of the public broadcasting corporation.

The Council president Konstantinos Menoudakos explained that the ERT shutdown violated the legal provision for a public broadcasting service providing information, education and entertainment to the Greek people and expatriates. Mr. Menoudakos however also accepted that the restructuring of ERT, as it will benefit public interests.

The government now must race against time to set up the new body, since the relevant bill must be voted for in Parliament. This process could take weeks or even months. It is still unclear if ERT will resume operations with all staff and what will happen to the choir and music ensembles.

The Council of State provided some clarifications. ERT is meant to operate in its entirety with an appointed management, which will have the same responsibilities as the previous management. The new manager can decide on what to do with the staff. Furthermore a public broadcasting body must be established to serve the public interest. Mr. Menoudakos’ decision does not include ERT’s music ensembles and symphonic orchestras, nor the publication of the weekly television and radio magazine.

According to the Minister of Finances, the Council of State decision “confirms the abolition of ERT and its board of directors and orders the Minister of Finance and relevant Deputy Minister to broadcast a program from a public body until a new body is formed”. The critical matter will be discussed amongst the political leaders on Wednesday.

The full transcript of the State Council’s decision is available here.