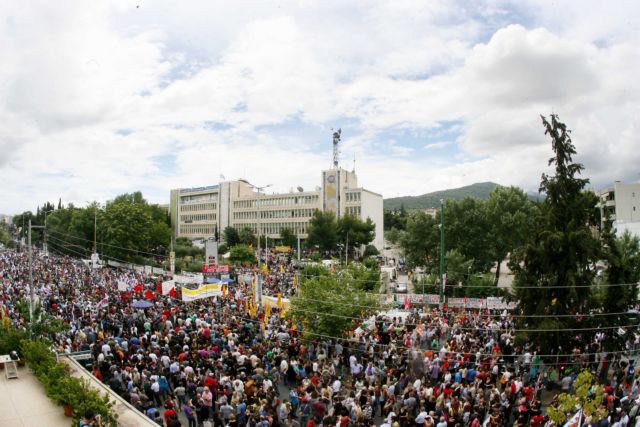 Thousands of people have gathered outside the ERT facilities in Agia Paraskevi, where labor unions GSEE and ADEDY are holding a demonstration.

Many more demonstrations are being organized all over Greece today. In Thessaloniki the Venizelos Statue has been set as the rallying point, for a march towards the ERT offices on Stratou Avenue.

Meanwhile ERT’s television broadcasts are being transmitted by KKE’s “902” TV station and over the Internet. The European Broadcasting Union is broadcasting ERT’s coverage of the demonstrations here.