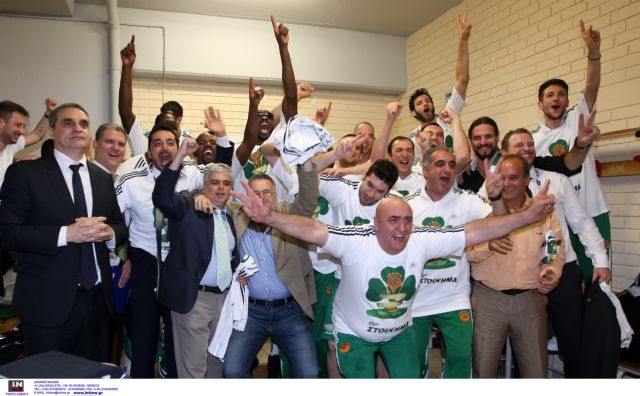 After securing the cup in February, Panathinaikos has also won the 2012-2013 championship, after the third game was interrupted 1.27” before the end by a hooligan invasion. At the time Panathinaikos was ahead 76-72.

Despite the final outcome of the game, both teams lived up to expectations, with the score being close throughout most of the game. Panathinaikos started off stronger and capitalized on the quick lead thanks to some three-pointers. Olympiacos managed to close the gap and secured a 4-point lead at half-time.

After the half-time break Panathinaikos appeared more focused and took reign of the match. At around 1.27” before the end and during a time out, a group of hooligans attacked Panathinaikos’ bench. The players quickly headed to the locker rooms as the stadium security and police struggled to defuse the situation. Panathinaikos announced that Vasilis Xanthopoulos and two members of Panathinaikos’ staff were injured during the clash with the hooligans.

The referees ordered the evacuation of the stadium to complete the game, however an hour later a group of about 100 Olympiacos fans still refused to leave. With no other options, the referees declared Panathinaikos the winner of the match.