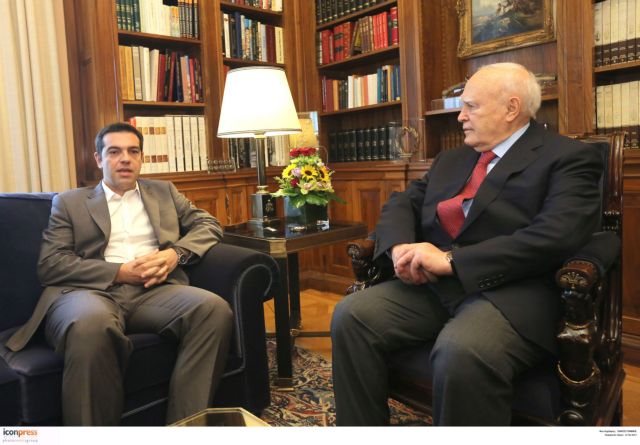 The leader of the Opposition Alexis Tsipras met with the President Karolos Papoulias at noon today, to ask him to take back his support of the legislative act allowing the closure of ERT. Mr. Tsipras explained that the act was deeply undemocratic, since it does not have the support of two of the three government partners.

The SYRIZA leader then attended the ERT facilities in Agia Paraskevi, where he launched a scathing attack against the government, likening the closure of ERT to a coup, mandated by the troika. Mr. Tsipras explained that the government wants to turn ERT into a propaganda channel.

Mr. Tsipras asserted that “they do not have the right to cut the signal broadcasting from a public frequency” and that “they should not dare” to do so without the approval of Parliament, otherwise they will answer to justice. The Opposition leader finally called the presidents of PASOK and DIMAR to distance themselves from the Prime Minister, otherwise they will be considered just as liable.