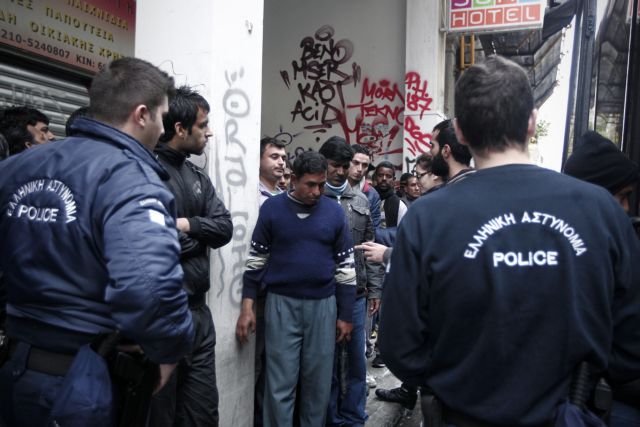 The Human Rights Watch published a report on the ‘Xenios Zeus’ operation of the Greek Police. The report focused on the methods used by the Police to determine the legal status of immigrants, for which many international NGOS and international campaigns have criticized.

The Police operation was officially launched in August 2012 and the Ministry of Public Order stopped publishing data in February. The report states that of the 84,792 people investigated as part of the Police operation, 4,811 (about 6%) were found to be in Greece illegally and only 59 were arrested.

The HRW was heavily critical of the police’s racist criteria for spot-checks, with the vast majority being of African, Asian or Arabic descent. Even if immigrants have the appropriate legal documents, the police will often harass and arbitrarily detain them. The police claim that detainment is necessary to confirm identity, however the HRW points out that technological means exist to confirm identity in public.

There have even been reports of the Police mistreating tourists who have been mistaken for illegal immigrants. The recent cases of American tourist Christian Ukwuorji and Korean backpacker Hyun Young Jung who were both abused highlight overzealous racist nature of the Greek police.

The Human Rights Watch suggests that police training of officers participating in the “Xenios Zeus” operation be improved, that the appropriate technology for spot-checks by supplied and that clear guidelines be set up regarding the treatment of suspects. The group also demands that the political parties condemn the outdated, racist methods currently employed.