Charges of fuel trafficking at Souda US naval base 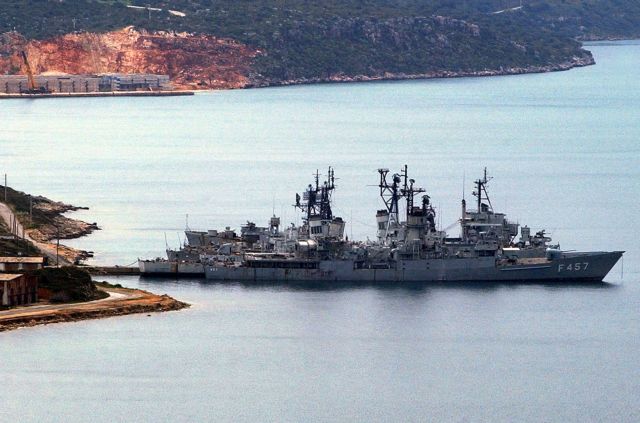 Investigation looks at international military logistics provide and Greek political and military staff involvement prompting Greek MP’s intervention. The Hellenic Financial and Economic Crime Unit (SDOE) is investigating charges of fuel trafficking and tampering at the Souda Bay US Naval base in Crete, Greece. Under investigation is a private military logistics provider as well as the potential involvement of Greek political and military staff. The investigation, ongoing in secrecy since October 2012, has prompted the intervention of a Greek MP.

The Hellenic Financial and Economic Crime Unit (SDOE) is investigating illicit fuel trade charges at the Souda Bay US naval base in Crete, Greece, according to Greek media. The investigation was launched in October 2012 under extreme secrecy following charges of fuel trafficking and tampering in Crete involving a private company and possibly collusion of political and military personnel. Over the past week, the investigation has attracted growing media attention and has even reached Greek Parliament.

The charges relate to the supply of fuel to the 6th US Fleet that is using the Naval Dock Crete at Souda Bay. Under examination are the invoices and other documents concerning the supply of fuel which according to the charges was stolen in large quantities and the sold at lower than marker prices. SDOE’s staff from Herakleion and Athens have already conducted controls at the NATO Naval Dock at the Northern Sector of the base (Marathi) and at the Fuel Supply Directorate of the Naval Dock Crete. The investigation order was issues by former Financial Crimes Prosecutor Grigoris Peponis to identify the extent of damage to the Greek State, following charges filed by the Secretary General of the Greek Ministry of Justice about the operation of a smuggling ring in the military across the country.

Greek MP Ioannis Michelogiannakis, whose constituency is in Crete, has already submitted a question to SDOE’s branch in Herakleion, Crete, asking about the progress of the investigation concerning military fuel trafficking and representatives of military logistics provider MLS Corporation at the Naval Dock Crete. The issue is expected to reach the Greek Parliament as Mr. Michelogiannakis is slated to submit a question to the Ministries of Defense and Finance.

A parallel investigation is afoot ordered by the Court Martial’s Deputy Prosecutor regarding potential fuel smuggling and tampering at all units in the country.