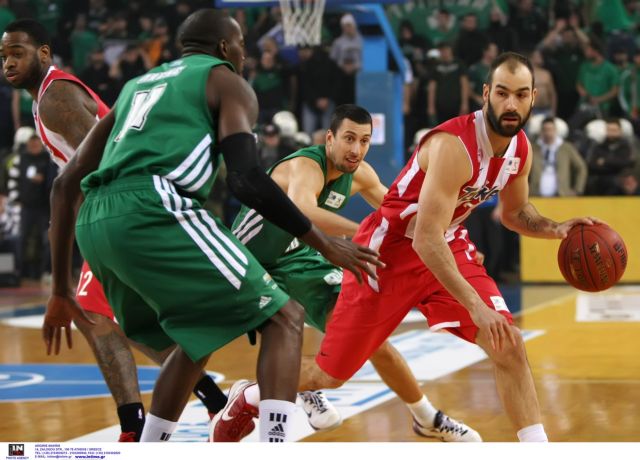 This year’s basketball finals find reigning European and Greek champion Olympiacos taking on Athens powerhouse Panathinaikos tonight at 8pm in the first match of a best-out-of-five game series. This will be 8th year running that the two meet in the finals.

Olympiacos’ coach Giorgos Batzokas and his players stunned Europe by becoming one of the few teams to win the top trophy consecutively and now the “reds” want to end this season with a domestic title. Team captain Vasilis Spanoulis and Kyle Hines have been amongst the league’s top players.

Panathinaikos on the other is going through a rough patch due to the many roster changes, however Argyris Pedoulakis’ team exceeded expectations and narrowly missed participation in this year’s Euroleague Final Four. Panathinaikos expects a lot from key players such as Dimitris Diamantidis and Sofoklis Schortsanitis.

During the regular season Olympiacos managed to beat Panathinaikos on both occasions, however the “greens” took home the Greek Cup when they met in the Cup Final.