One marine killed, one injured in APC incident 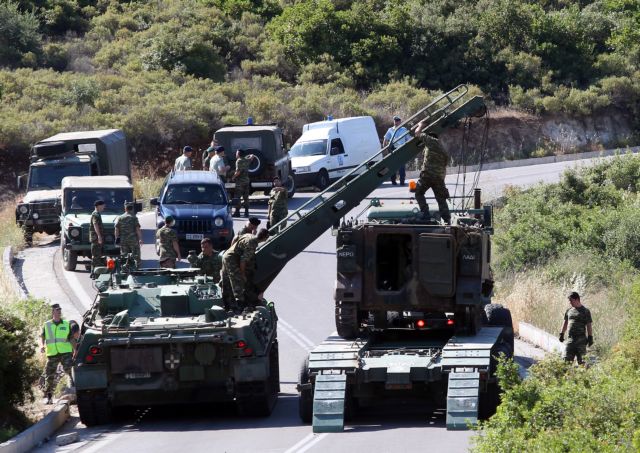 The driver of an M-113 Armored Personnel Carrier was killed when his vehicle appears to have tipped over, on the Athens – Lamia national highway, at around 6am this morning. Another Marine who was lightly injured in the incident has been hospitalized.

According to the press release of the Hellenic Army’s General Staff, the M-113 APC of the 575th Marine Battalion drove off course and fell in a ditch, fatally injuring the driver. The APC was part of a convoy heading to the port of Oropos, where it was to board a carrier in order to participate in an ongoing military exercise.

An inquiry by the relevant military body has been ordered and the Commander of the Army’s General Staff, Lieutenant General Athanasios Tselios will coordinate the investigation.