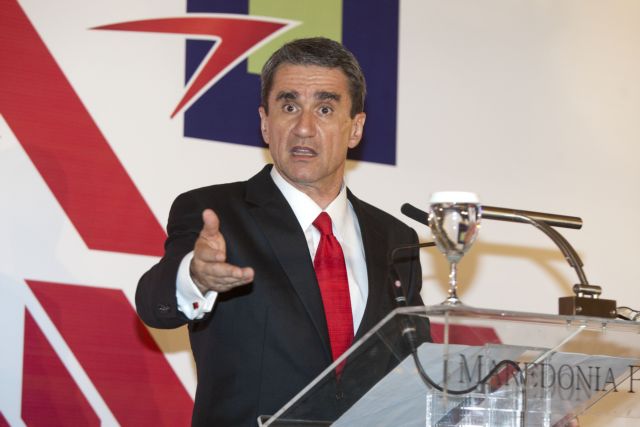 The President of the newly-formed Agreement for New Greece party and former PASOK minister Andreas Loverdos appeared in Chania on Monday, where he met with the president of the Chania Chamber of Commerce and Industry Giannis Margaronis.

Mr. Loverdos spoke about prioritizing issues and that he would first target “the recession and unemployment and then politics. As long as the crisis persists, we must above all come to agreements on these issues and then tackle political problems”.

Regarding his meeting with Mr. Margaronis, Mr. Loverdos explained that the Chambers of Commerce and Industry must have a more central role and issue permits for businesses, rather than rely on municipalities, regional and central government, in order to increase competition and combat corruption.

Controversially, Mr. Loverdos also requested that the State lift criminal and administrative persecution of business owners who owe money to the Stat, so that they can carry on operating. Mr. Margaronis asked that Mr. Loverdos helps them out with the serious taxation and insurance issues.