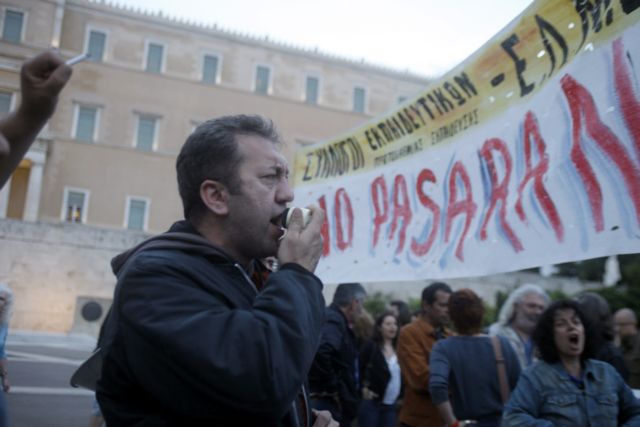 The teachers, maritime workers and Metro employees have arranged a demonstration for today at 19:00 at Syntagma Square, in protest of the civil mobilization in their respective sectors. The Syntagma Square Metro station will close down at 17:30.

Representatives from all three sectors met at the teacher union OLME’s offices yesterday to discuss initiatives and possible action in order to end the mobilization, to protest the politics of austerity, authoritarianism and collapse of worker rights.

Both OLME and the maritime workers union PNO issued announcements, which were forwards to the European Commissioner of Education, criticizing the government’s extensive use of civil mobilization as a means of suppressing democratic procedures and attacking the worker movement.