Commemorations of the Genocide of Pontian Greeks 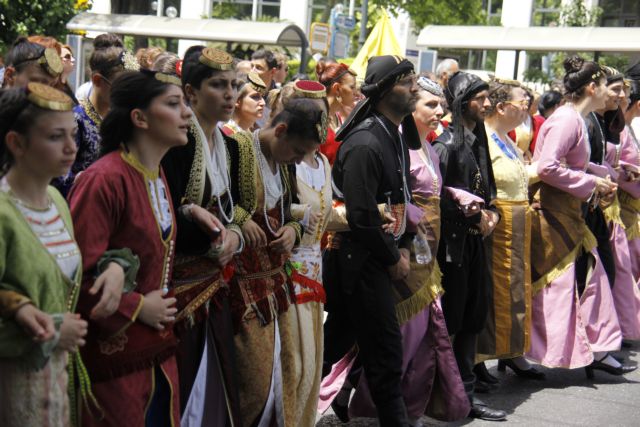 The commemoration of 94 years from the Genocide of Pontian Greeks ended with the march of thousands to the Turkish Consul in Thessaloniki. The police estimate that about 7,000 people participated in the march, who demanded that the Turkish government recognize the genocide of an estimated 353,000 Pontian Greeks.

A memorial service was held earlier in the day in the presence of Mayor Boutaris, who was booed by members of nationalist organizations. Retired General and former chief of the Hellenic Army General Staff Frangoulis Frangos made a speech and paid his dues at the memorial for Pontian Greeks.

In Athens a special service was held at the Pantanassa church in Monastiraki followed by a procession to the Unknown Soldier on Syntagma Square. The two Presidential Guard Efzones were dressed in the traditional Pontian Greek partisan attire. The president of the Panpontian Federation of Greece Giorgos Parcharidis, the Regional Governor of Attica Giannis Sgouros and American politician Peter Koutoujian were present at the memorial service events.

The Communist Party’s general secretary Dimitris Koutsoubas expressed his party’s solidarity to the attempts of Pontian Greeks to achieve the recognition of the genocide that took place and explained that his party has defended the pensions issued to expatriates from the former Soviet Union.

In Agrinio Golden Dawn MP Barbarousis attempted to lay a wreath at the memorial service despite an agreement between political parties to not participate in an official capacity in the memorial services. Clashes between members of Golden Dawn, KKE and other leftist groups broke out, with the police intervening and detaining two men.