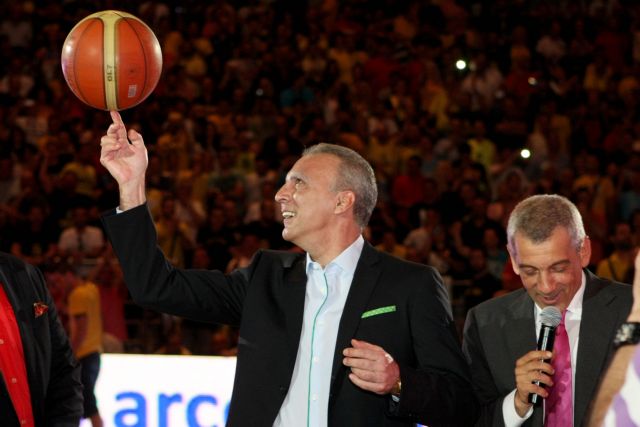 Nikos Galis, arguably one of the greatest European basketball players of all time, was honored in Thessaloniki by Aris BC, the team that first introduced him the Greek public. Thousands of fans packed the (formerly named) Alexandrio Palais des Sport to thank their “God”, who was barely able to hold back his tears.

Many former team-mates, coaches and opponents were invited to say a few words about Galis; Panagiotis Giannakis, Nikos Filippou, Dino Radja, Audie Norris, Doron Jamchi, Giorgos Sigalas, Zelimir Obradovic and Giannis Ioannidis were just some of the star-studded guests who attended the ceremony and regaled the crowd with stories and a memories of Galis’ career.

Aris BC decided to retire Galis’s iconic number 6, with Galis explaining that “there is no greater honor for an athlete than when his favorite team hangs up high his jersey”. At the end of the emotional ceremony it was also announced that the basketball stadium was renamed “Nick Galis Hall”.